PUBG On Mobile – How To Master Guide

PlayerUnknown’s Battlegrounds (PUBG) was an insanely popular game of its time. Its amazing graphics, variety of weapons, and approach to Battle Royale mode were something not many games were doing at the time. This is what made this game stand out so much from the rest. But what restricted many players from playing PUBG was its high requirements. Since this game was graphically so ahead of its time, many people didn’t have the hardware to run this game smoothly. This all changed when PUBG on mobile came out.

PUBG on mobile really improved the accessibility of the game and made it available to all the people who didn’t own a computer but still wanted to play it. Another factor that contributed to the popularity of PUBG Mobile Official was that it was free to play. So if you are one of those people who are newly getting into PUBG on mobile, here is a complete guide on how to play the game. If you’re interested in playing PUBG mobile PC then take a look at the ApowerMirror section of our Lords Mobile to PC guide. 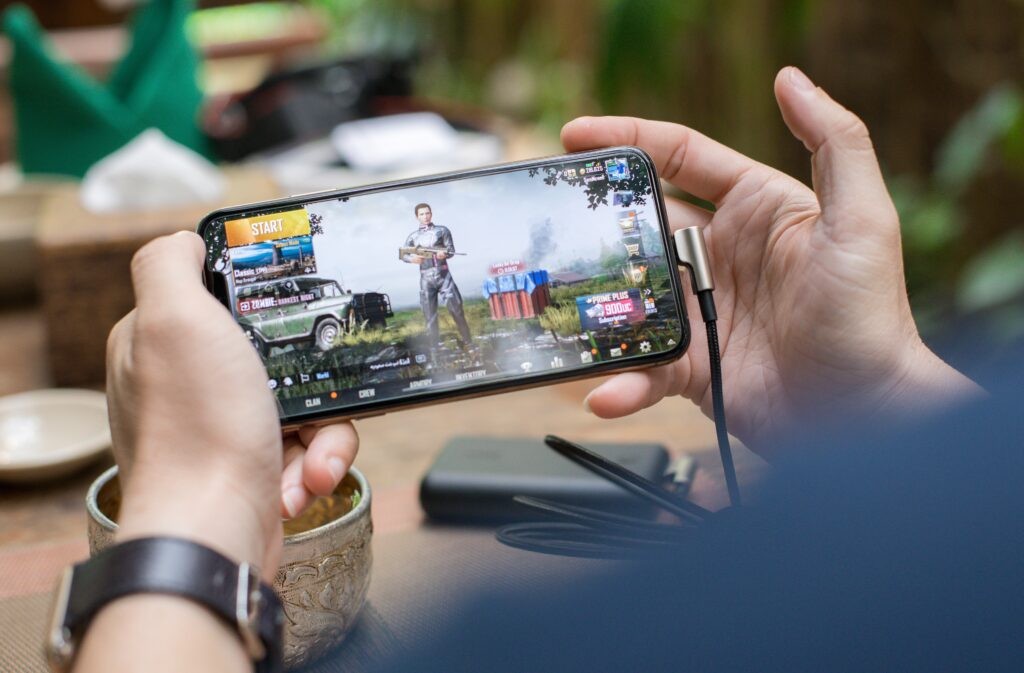 Basic customization for PUBG on Mobile

Before we get into the more advanced tips and tricks, let’s go over some basic customization options and the things that you need to know.

PUBG on Mobile Plays Differently Than PUBG on PC

If you have played the PC version of this game, then don’t go into PUBG on mobile expecting the game to play the same way. Although PUBG on mobile may look similar, its game mechanics have been adjusted to make it easier to play the game on a touch screen.

For example, the bullets in PUBG mobile official don’t have any travel time and don’t drop as they do on PC. This makes sniping way easier on the mobile version of the game.

PUBG on mobile allows players to completely change the layout of the on-screen controls that define the way players interact with this game. If you are using the default controls, then you may find them a bit gimmicky. Meaning you may often find yourself accidentally tapping a button that you didn’t mean to, or maybe you find it annoying to move around.

If these are the issues you encounter, then it may be a good idea to change some of your controls, even if just a little bit.

Familiarize Yourself With The In-Game Items

The first thing you will do when you drop into a game of PUBG on mobile is look for a gun, as you should. You will use guns to carry yourself to that sweet Chicken Dinner. But that doesn’t mean that you ignore the importance of other items in the game, such as grenades, armor, etc. PUBG has three different rarities of body armor and helmets, and as you go up the rarities, you take less damage from enemy bullets. This could often be the difference between surviving or dying to an enemy if you have the right body armor with you.

The same goes for weapon attachments. They make it easier for you to control your weapon and spray down with it. If you have the right attachments, shooting will feel much smoother, bringing you one step closer to that Chicken Dinner! 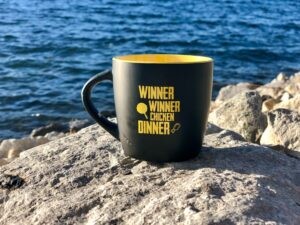 Grenades: If used correctly, Grenades can turn the tide of a match in your favor! Always make sure to keep a few smoke grenades and damage grenades in your backpack. If the enemies are camping behind a corner and you want to push them out, just throw a grenade in there and watch them scatter. Smoke Grenades are particularly useful when playing in a squad. If one of your teammates gets knocked down, it may be risky to revive them in the open. This is where you can use the smoke grenade to conceal yourself and your teammate, making it easier to revive them without getting shot.

Don’t Underestimate The Benefits Of a Good Warmup: If you are serious about winning, then you should always dedicate a few minutes to warming up before you hop into a match. Team Deathmatch (TDM) mode works best for this purpose. Not warmup up can result in you not hitting your shots consistently and struggling to focus on the game.

Some Good Tips and Tricks

How To Tell if a Vehicle Has Been Used By an Enemy?
If you spot a vehicle in the distance and don’t know if it is a fresh vehicle or already used by someone, then there is a reliable way of finding out. All vehicles that spawn in PUBG (with the exception of those standing inside garages) face toward the east direction. So if a vehicle is facing directly east, then you can be sure that it is an unused vehicle.

How To Counter Smokes?
As we mentioned earlier, smoke grenades can be really useful. But if an enemy is using them against you, there are a few counters to them. The easiest one is to throw a Grenade and or Molotov into the smoke. This will damage the opponents sitting inside the smoke or maybe even knock them down.

Using a Molotov will also highlight your enemy, making them more visible inside the smoke.

If you like PUBG, then you will surely enjoy your time playing PUBG on mobile. Just keep the above-mentioned tips in mind and make sure to enjoy the game. Because there is no use playing a game that you cannot enjoy properly! Download here!